Home > Le festival > The specificities of the NJF

Nice Jazz, history of a festival

Nice and jazz : a story that never stops reinventing itself for 70 years… In 1948, curtain riser at the Opéra with Louis Armstrong and the Quintette du Hot Club de France.

After a long eclipse, in 1971 and 1972, Nice installs with daring the new trends of jazz. The event as such a success that it’s becoming lasting : time of Grand Parade is imminent. During 20 years, in Cimiez, it is going to be party under the olive trees ! Following George Wein, from 1994 to 1997, is appearing a thematic line up for the first time. Mastered eclecticism and a plethora of regular stars but also promising innovator contribute to make the event a high-profile summer musical stage. From 1998 to 2010, producers are succeeding each other and a new battle between progressive and backward-looking persons is happening. Since 2011, the year when the festival is getting back to downtown, musicians’ guest list is impressive and the records for attendance are incredibly beaten.

That work is the story of a tremendous musical adventure, led by three passionate authors of a rare erudition. Collectors, professional and amateur photographers have given their precious records to revive hundreds of concerts and give the uniqueness of that festival. A festival which biggest merit is to have been able to, years by years, suggest, innovate, mix, reveal, gather, delight, enchant whole generations.

“Go to the jazz” is for a long time a tradition for inhabitants of Nice, a friendly meeting that cannot be missed because everyone comes here to gather and tell loud and clear that music is a place of freedom where each type of music, each tendency has its own place. And that is this wildly and joyful mixture of rhythms and colors, of sounds and euphoria that this book is tending to be the faithful echo.

Enlightened into jazz from the age of 10, Daniel Chauvet is a bass player. He played in clubs and festivals everywhere in France and rubbed shoulders with prestigious musicians, as Stéphane Grappelli, the Ray Charles Orchestra and the Raeletts. Columnist of jazz in a lot of regional magazines for a long time, he is for twenty years the local correspondent of the international magazine Jazz Hot.

Enlightened into jazz from the age of 10, Daniel Chauvet is a bass player. He played in clubs and festivals everywhere in France and rubbed shoulders with prestigious musicians, as Stéphane Grappelli, the Ray Charles Orchestra and the Raeletts. Columnist of jazz in a lot of regional magazines for a long time, he is for twenty years the local correspondent of the international magazine Jazz Hot.

Frédérica Randrianome Karsenty, journalist for the TSF Jazz Côte d’Azur, interviews all the passing musicians. She founds the pioneer blog Riviera Jazz Club. In charge of press, and then of production at La Ville de Nice, she holds since 2014 the position of director of the Nice Jazz Festival and modern music taking on the line up of the Nice Music Live during the year. 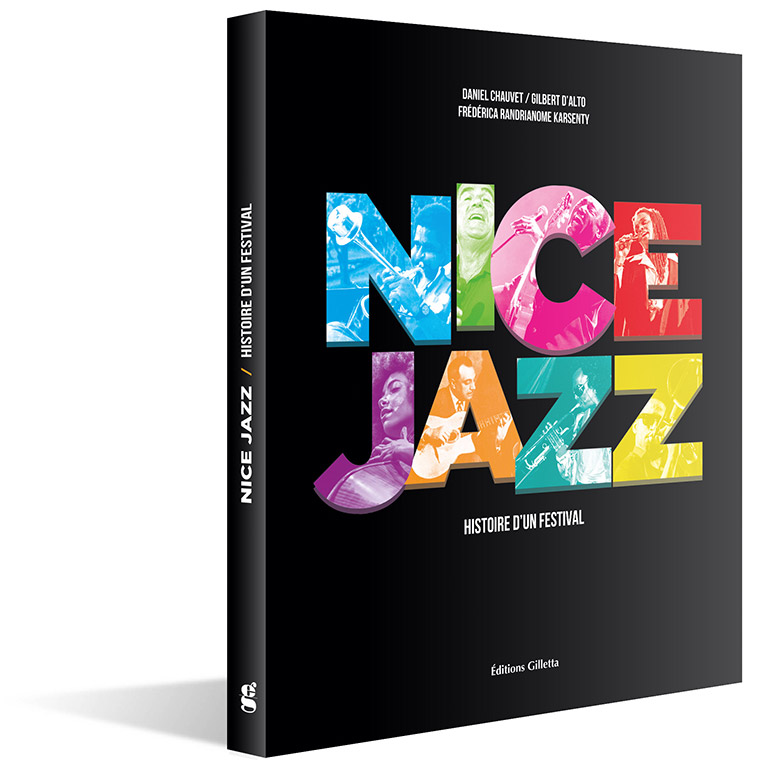 Committed to a policy of sustainable development and environmental preservation in the context of its events, Metropole Nice Côte d’Azur has launched a local waste prevention scheme. Because individual actions must become collective, it is important for our city to set an example by making the sites it manages models of eco-friendliness, waste prevention and cleanliness. The scheme will cut the volume of waste generated by the festival by 80%.

A deposit that empowers

A deposit of € 1 is payable for each reusable cup. Customers can get their deposit back at any time, by returning their cup, or can keep it as a souvenir.

less litter on the ground means less rubbish to clear up, collect, transport and process. This means that the human and financial resources allocated to these tasks can be reduced or assigned to other areas. Like every year, the City of Nice will distribute pocket ashtrays to keep the site clean. Sixty recycling points will be available to visitors around the festival site and surrounding area.